Like I said in my last post, I haven't had a lot of time for random drawing lately.  I've been teaching Flash animation at Vancouver Film School part time and some summer art classes for kids at a couple places as well.  I've also been working away to keep up with my Cowman comics...which is fun but a lot of work.  I try to work really far in advance but it caught up to me when I was finishing off "The Case of the Midnight Murderer," which I'm now submitting to film festivals.  And speaking of Cowman by the way I posted an in depth making of a Cowman comic over on the Cowblog a couple weeks ago if anybody's interested.

But enough about all that.  I bought a new sketchbook to take with me when I went away for the Easter long weekend and I never even cracked it open, it's been migrating around the house waiting to be used and it just wasn't happening...until last weekend when I finally sat down and did some drawing.  Here's what came out of that weekend. 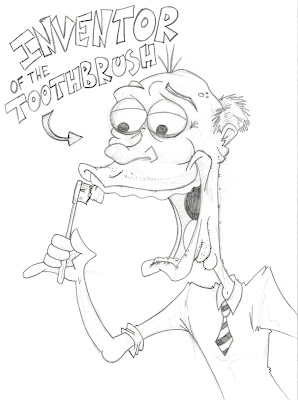 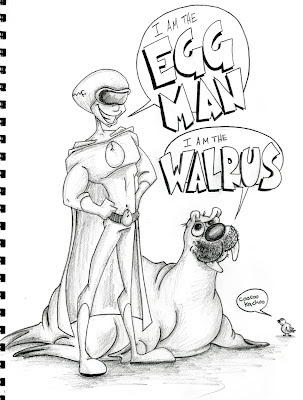 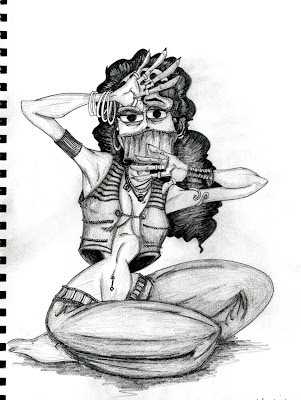 I'm not gonna tell you what that Eggman drawing is based on if you don't already know.  That Gypsy psychic lady was loosely inspired by 'Sherlock Holmes: A Game of Shadows,' and might serve as a character in a graphic novel idea I have some notes scribbled down somewhere for.  That's it for now.  Hopefully I'll have some new stuff to post before too long.
By the way, if you're not already following me on Twitter and Facebook, you should check it out, I post some cartoons on there that don't always get the blog treatment as well as updates on other stuff coming from the Outhouse.
Posted by Dylan at 08:40 No comments: 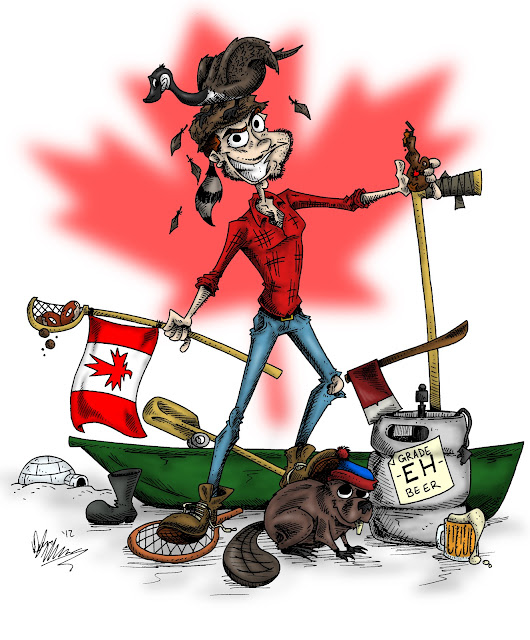 First post in 2 months!  I haven't had a lot of time for random drawing lately, been really busy.  But I thought I'd etch out some time for a little Canadian pride and draw this for the Canada Day long weekend.  Can you pick out all the Canadian stereotypes?  There's like 15 of them I think.
Posted by Dylan at 08:42 1 comment: