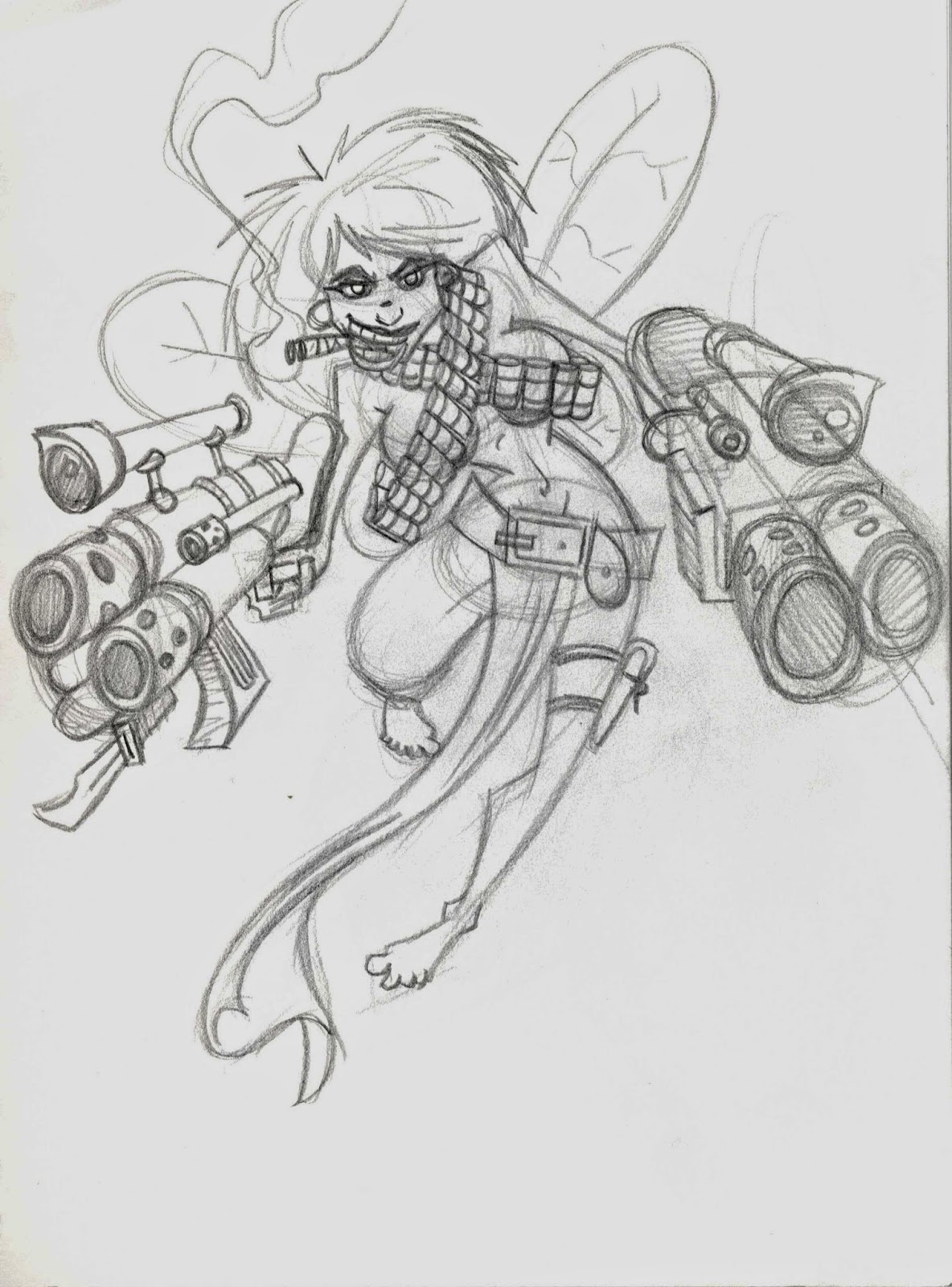 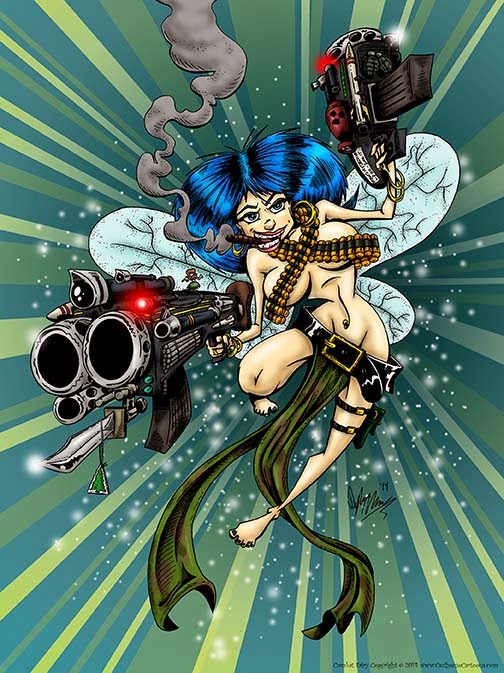 I never gave her a name but when I was drawing the the inked version I started getting ideas for other Combat Fairies so I'll be doing more.  I'll just draw them as I think of them among other things that will be keeping me busy.  I've actually already sketched out the next one I just haven't had a chance yet to do a clean version and colour it...but hopefully soon.  I've even got some ideas for a storyline as well so maybe when I've got a whole team of Combat Fairies I'll do a comic with the characters.  Nearly naked fairies fighting monsters and stuff...can't go wrong right?  I'll have to start naming them as I go too.
Posted by Dylan at 10:39 No comments: