The last couple months have been spent mostly working on a couple freelance gigs and trying to finish up a few odds and ends on some other projects of my own...one of which is Cowman related so keep your eyes peeled for that, things are gonna start shaking up over there in the coming months.  Now I'm working on a graphic novel idea I've been playing with for a long time...I had hoped to actually start actively working on that before Christmas but Pork Cops and everything else took longer than I'd thought and here we are in May.  I did manage to etch out some random drawing time though to do these two quick colour pieces of fan art. 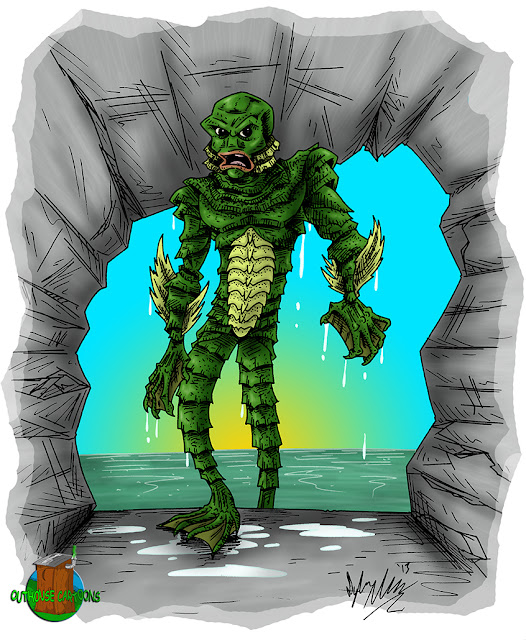 The Creature!!!!!  Was watching a lot of old horror movies last month and definitely one of Universal's best was the original 'Creature from the Black Lagoon,' which was also one of their last notable ones of the genre.  I kinda wanted to do my own thing with his look but when I was putting pencil to paper I couldn't bring myself to mess with such an iconic character.  My two big new contributions were flaring out the fins on his forearms a little bit so they could almost double as weapons and an idea that I'm kinda proud of it I took the bones out of his legs, so they function almost more like tentacles or double fish tails.  When he's on land they'd get him around like legs but in the water they'd move more freely and fish like...which seems appropriate for a half man half fish missing link. 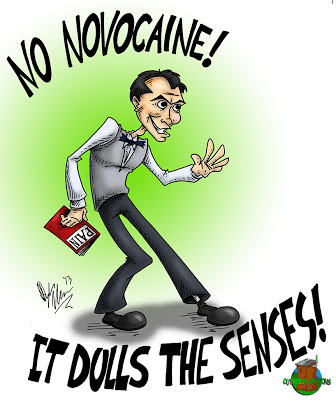 And probably one of if not THE best micro budget movies to ever come from Roger Corman is the original "Little Shop of Horrors."  It's one of the first true horror comedies and it works well on both levels although it's definitely strongest as a comedy.  It also features Jack Nicholson in a hilarious cameo as a masochistic dental patient who is only there for the opportunity to feel the pain of the drill.  I don't think this was Jack's first role but it was definitely close to that, he's so young he's almost totally unrecognizable, which didn't make him easy to draw.  I kept trying to incorporate his famous prominent features but then he looked like Jack from 20 years later and not the character that bellowed, "No novocaine!  It dulls the senses!"