Here's a holiday message from the stars of my animated film, "The Case of the Midnight Murderer." 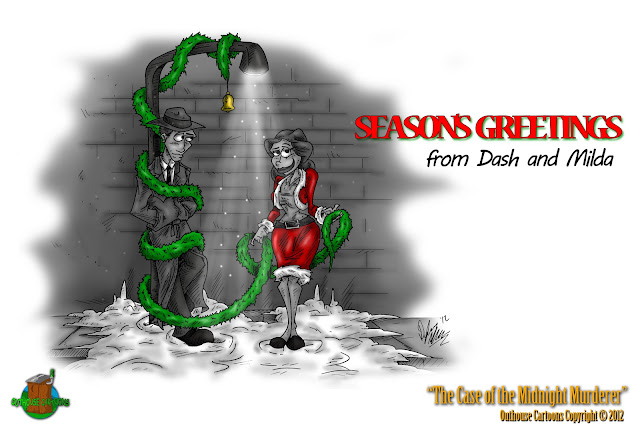 Have you seen the trailer yet?  It's not exactly festive but here it is...

There's not a lot to say about this one.  Just about everybody watches this this time of year and with good reason.  It never get's....get's...sorry...memories not what it used to be with this steel plate in my head.  Whenever someone fires up the microwave I piss my pants and forget my name for about half an hour or so.  I used to eat Squirrels but I found out they were high in cholesterol. 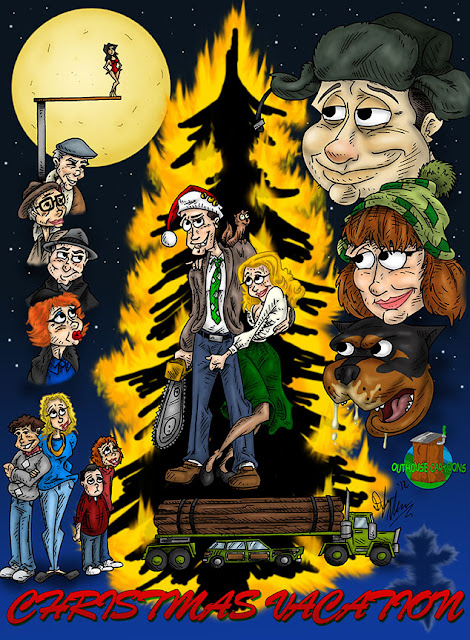 Where do you think you're going?  Nobody's leaving!  Nobody's walking out on this fun, old-fashioned family Christmas.  No, no.  We're all in this together.  This is a full-blown, four alarm holiday emergency here.  We're gonna press on, and we're gonna have the hap, hap, happiest Christmas since Bing Crosby tap-danced with Danny fucking Kaye.  And when Santa squeezes his fat white ass down that chimney tonight, he's gonna find the jolliest bunch of assholes this side of the nuthouse.

Classic.  Happy Holidays everybody.
Posted by Dylan at 09:47 No comments:

I'm currently working on a short starring the "Pork Cops."  Here're the turnarounds for the cops themselves as well as the perp they're after in the short. 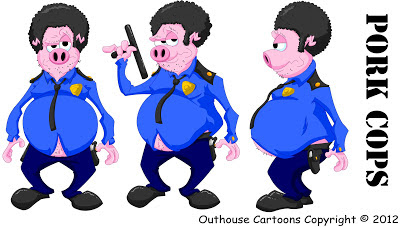 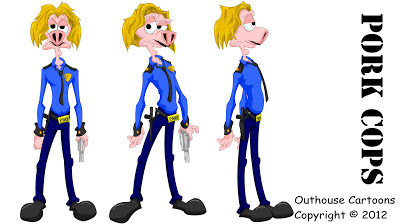 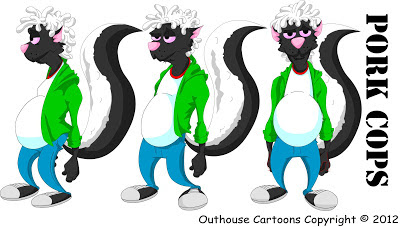 The idea for the characters goes all the way back to art school when I doodled the Pork Cops in a sketchbook and tossed them in the 'maybe one day' pile and then forgot about them.  I didn't have a plot or anything at the time, just the characters.  Something sparked my memory of these guys though about a year ago and it seemed like the perfect cartoon to do when I was finished with "The Case of the Midnight Murderer."  After almost 2 years of animating a black and white comedy-noir cartoon I thought it'd be really fun to do something super cartoony and bright and different.  It's taken a while to get rolling on it though.  I had wanted to jump into this as soon as I wrapped Midnight Murderer but I was a little too burnt out to dive into anything that wasn't paying me right away.  I finally storyboarded it in March and then got really busy with work and stuff and it was October before I was able to revisit it again.  October is also when I volunteer at the Vancouver Film Festival and Writers Festival so it was painfully slow getting to where I am now.  The characters are ready and so are the backgrounds.  Here're some backgrounds. 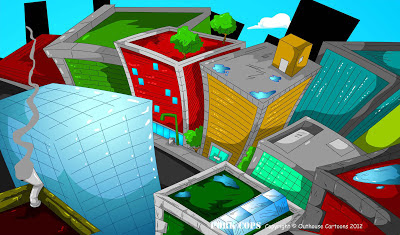 The short has a very urban setting.  My original plan was to actually film and photograph parts of downtown Vancouver and have live action backgrounds.  It would've been a neat contrast to the cartoony characters.  Ultimately though when I decided on my plot and all the gags I wanted to include any amount of live action wasn't gonna work.  So I went the opposite with crudely proportioned buildings and wonky perspective.

There're a lot of these city street backgrounds.  The short moves at breakneck speed and I didn't realize what my BG count was getting to till I started drawing them. 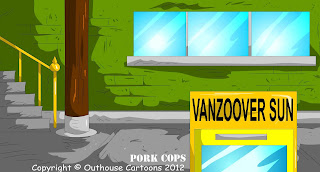 The city is called Vanzoover.  My first idea was Zoo York and then I found out that was already taken.  It was a bitch trying to come up with something else even half way clever.  It didn't even occur to me for the longest time to consider spoofing Vancouver which is pretty funny considering I'd been thinking about actually using the real city at one point. 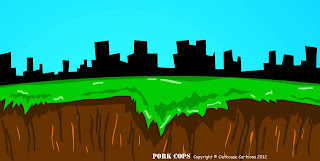 Last but not least the climax takes place on this grassy knoll type spot.  I'll be starting animation on this thing this week and hopefully get it done within 2 weeks.  I'm pretty sure I can keep that goal barring any unforseen events.  This'll be a seven minute short give or take and I'm gonna see if it can get some festival play so I won't be able to post the finished short online immediately but I'll probably post some stills and what not once it's all together.
Posted by Dylan at 14:10 No comments: