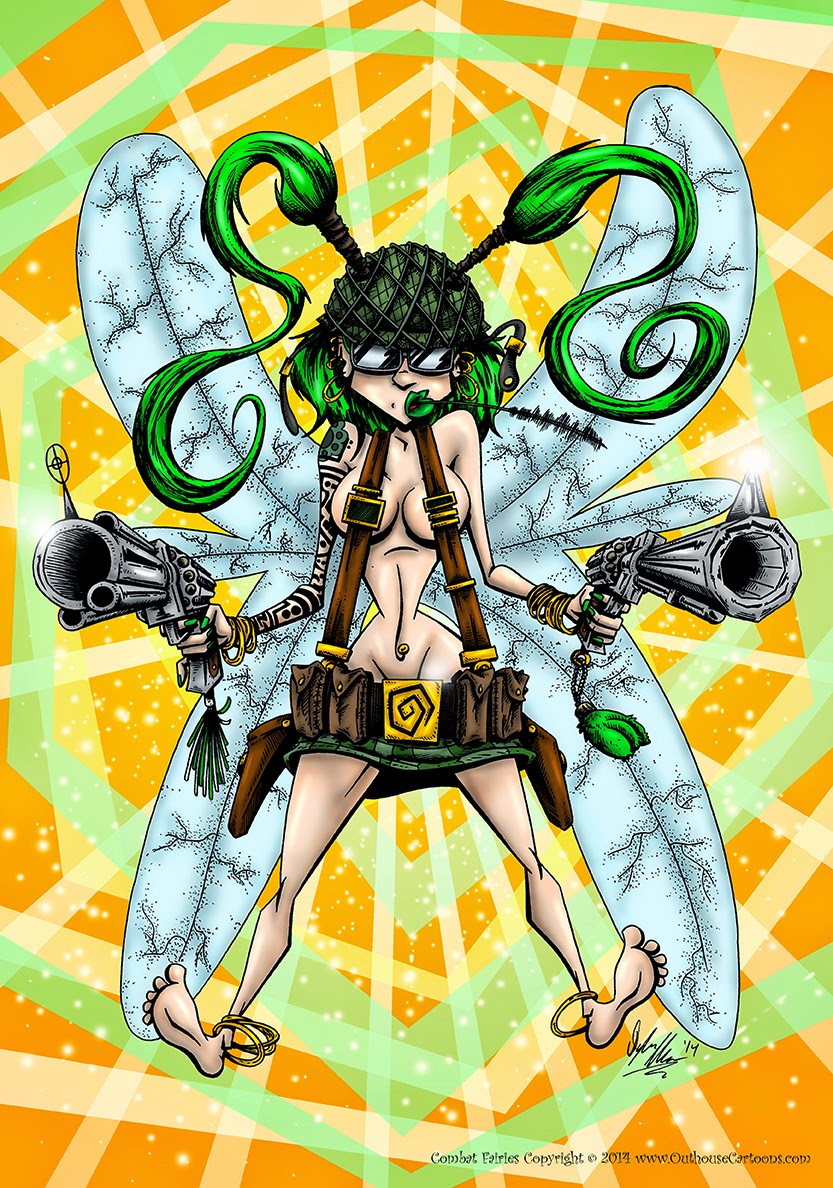 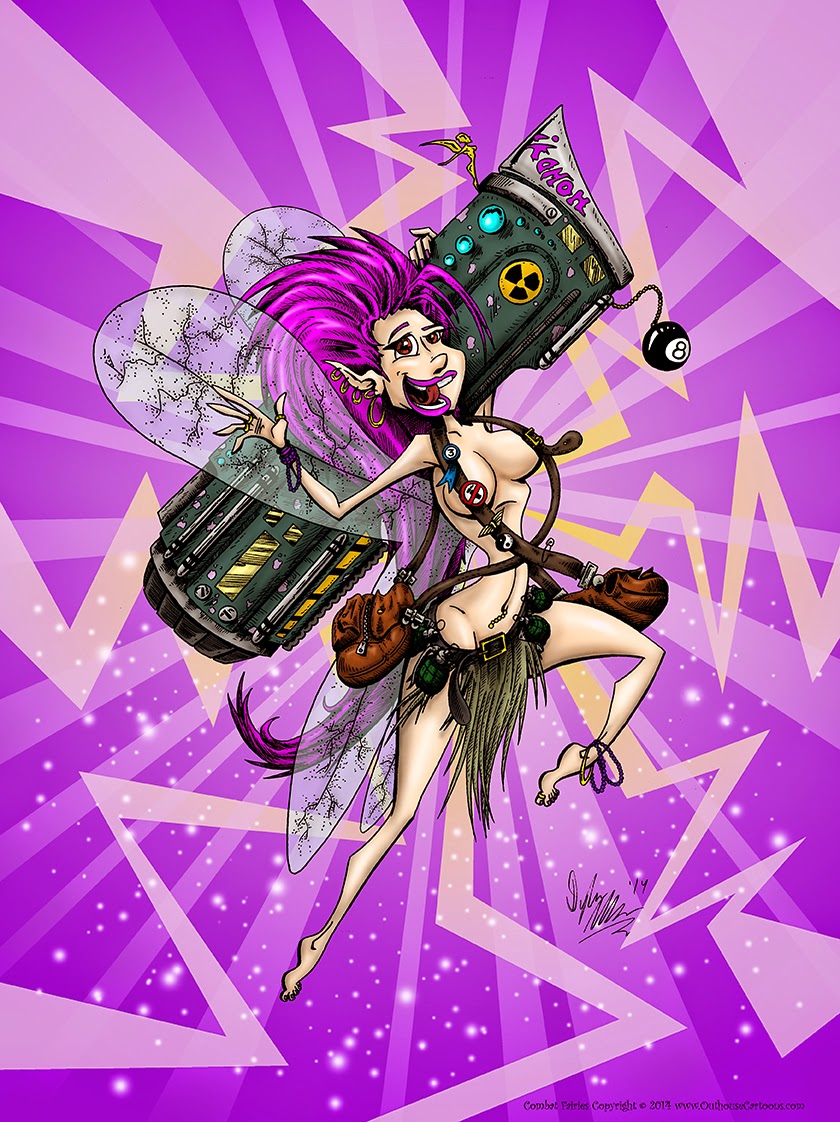 But these three aren't in it alone either!  Well they are for now.  My plan ultimately is to have a team of 5 and maybe a sagely commander type character that wouldn't be in on all the action and fun.  The first one was just a doodle that went wild but as you may have have guessed, I'm planning more for these characters in the future.  After that first one I came up with what I think are some really cool ideas for a back story and some fun adventures to send them on that will be in comic book form.  It'll be a while yet before I get to actually making that comic though.  I'm preoccupied with a new film project at the moment (there'll be a post on that soon, it's one of the motivators to get the blog back up to date) but once that's done a Combat Fairy one shot will likely be the next order of business.  In the mean time though I'll continue to put up images like these of the other characters as the ideas come to me and as I have the time to do them without slowing my other stuff down too much.  And I'll be writing notes and honing the ideas I have for the characters.  Projects seem to work better when those ideas have time to incubate and grow.  That's all for now but if you like these characters they're all available as prints and tshirts and phone covers at both Society 6 and Red Bubble, check em out!  Might even be time to make a Christmas gift out of it!
Posted by Dylan at 15:29