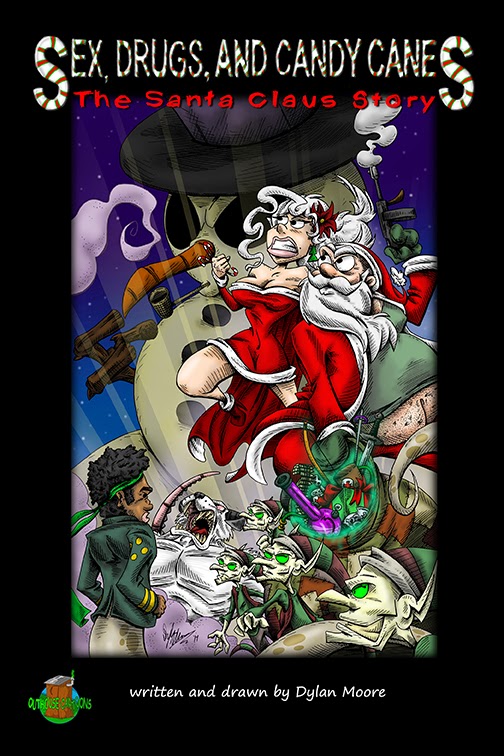 The idea for the book snowballed(no pun intended) as many of my ideas do, out of a doodle.  I drew Santa with a sexy Mrs. Claus and some twisted evil looking elves trudging through the snow like 5 years ago or maybe even longer and for a couple of Christmases in a row revisited them with different drawings and eventually started writing down ideas for where the elves came from, why a sexy Mrs. Claus(her name's Sasha in the book) would interested in such a fat slob and started coming up with ideas for the reindeer and other elements of the mythology until eventually I had a pretty detailed outline for the plot.  The book is 116 pages long and is a fast, fun read.  You can get it at Amazon, HERE.  And hopefully through some other sites soon as well.  You can also get the cover art on tshirts and mugs and stuff at Society 6 and Red Bubble.
Posted by Dylan at 11:30